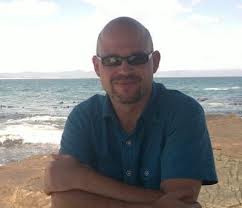 Robert Berrington was the Bookstore Officer (BSO) of Joburg Org when the basics were released in 2007. During that time it was quite likely that this was the worst possible post to have. The pressure on every staff member was crazy when it came to the selling of the basics but it was the bookstore officer who bore the worst of it. The natural result was a staff member pushed to breaking point and ultimately declared a suppressive person.

This morning he commented on the article put up yesterday on the Library Donation Fraud. His information on what was going on at the time is invaluable so it is being posted on its own so it is read more widely.

As an additional note: A regular commenter asked if perhaps the church false reported collecting all the money necessary to put a set of basics in every library. This question was put to Robert by ScnAfrica. He states that there was unrelenting push to collect money for this. There came a time when he and other org execs were told by Mike Eenkhoorn (from Planetary Dissem Unit Africa) that this target had been achieved. Robert says he has no reason to believe that this was not the case.

“I was the Bookstore Officer JBGD during the time when the Library Campaign was going on, so I know full well the financial crimes that were happening at that time.

After 10pm the only non-SO Class V staff left in the org were Bob Petri, George Yiango, John Gething, Daryl Berman, and myself, and we would reg until at least 2pm every morning, often till 4am, sometimes even till after 6am, only to return to post around 8:45am.

We’d reg local public till way after a socially acceptable hour, and then move on to regging American Public. As the early hours of the morning approached we’d move on to regging Taiwanese public. Albert would smoke in the org and I’d diligently hide his cigarette whenever Ken or Alex Faust arrived.

At the orders of Ken Krieger and Albert de Beer many accounts were simply debited for books without the prior consent of the public. Some were of public in good standing (which I later corrected), and others were of off-lines public the org had not heard of for many years. Our favourite motto was “Greatest good!”

We’d also use donated lectures to give to a prospect so that his entire package would be cheaper, thus making it more likely for him to buy.

At one point Ken counted and reported a package which had not yet been sold but was a “sure deal.” Well yes, the deal didn’t come through. This made Ken look bad in the eyes of his seniors. So he threatened all sorts of bad things if the package didn’t come through, and a few minutes of fancy invoicing later it was magically done. I guess Ken had seniors he feared too.

Oh, let’s not forget the LRH Fiction books campaign, where the org resources were being used to push books for which it saw no revenue, and which actually cost it money. Stock which was lost or unaccounted for had to be paid for by the org. the org also had to pay for all the food, decor etc.

All proceeds of this scam went to ASI, Author Services Inc. During this time there was a promotion whereby staff members who sold a certain amount of the ipods with the audio books could win one for themselves. Albert was very close to making his target and ordered me to invoice another package for a public even though he didn’t give me the cheque for it. This was done, and the cheque was only written well after 2pm Thursday, yet it was counted on the stats, and Albert got his Ipod.

Then there was also the TWTH campaign, were public were regged to send hard copy Way to Happiness books to the DRC. This was when the war in the DRC was supposedly stopped by handing out a few booklets, lol. It was only long after the conflict had ended and all interest in the DRC was lost that CPLO received its shipment of French TWTH books, which at the time I left the org were still sitting in CPLO warehouse, unused. Johannesburg org still paid for them though.

I found out from the CO CPLO at the time, Henry Brandle, that the “available money” on account for these TWTH books was later used for another campaign, I think it was Problems of Work. So all that money you paid for TWTH? That’s right, it never went to TWTH books!

Of course there was the issue that “money” that was being debited off of public accounts for materials was just virtual, as it had been used by the org long ago for running costs and to send money up lines. This meant that the org had to use money which it would otherwise use to buy such things as toilet paper to actually pay for these books, as CPLO wasn’t going to give it to the org for free. So if you ever wondered why there was no toilet paper in the org, wonder no more

Ken once sold DMSMH packages to Dave Atkinson at a cheaper rate than what could be allowed by the Finance computer, so I told Dave that I could not allow this. Ken then threatened to physically punch me if I didn’t make it happen, and so we used “donations” on account to make up the balance. If there ever was such a thing as an SP, Ken Krieger would be it.

When it got really late in the morning and the targets had not yet been met the staff would turn on and reg each other. It was either that or get no sleep and a thorough upbraiding, so of course we paid. Other staff who had absolutely nothing to do with the Basics were much luckier than that, some even got GIVEN their own FULL set of Basics once they left staff. All I got was a lecture from Big Al about what a criminal I was for wanting to sort out my first dynamic…

Often times we’d get one public to “bridge” the money for another, with the promise that they’d be paid back in full at some future date. I have my doubts that this was always done.

Then I remember another time when certain public were sold a full 16 sets of the BASICS!!! They were told that they would get each package at a cheaper rate this way, and that they could then sell off each individual package to make themselves a nice profit. Of course this was a big joke, as all the potential prospects were being crushed regged by the staff, so there was no way they’d ever sell anything. In fact, after the Basics evolution e-bay was full of basics being virtually given away. Of course the price Kenny had given them for the 16 package deal was incorrect too, which meant more fancy invoicing had to be done…

With the release of “The Basics” we all heard about how the books were now “fully verified as completely on-Source.” After leaving the cult I found out that the exact same thing was said in 1991 when all of the books were repackaged and re-released as can be seen here:

All In all I’m actually glad I went through the Basics devolution. It, together with having money stolen from me by my business “partner” so that it could be given to Anzo, drove me right out the org’s lavish front door.”

39 thoughts on “Being the Bookstore Officer: A view from hell”