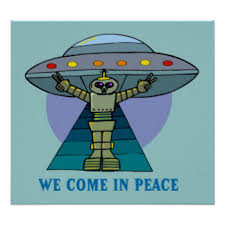 We received the following from Robert Berrington who has data of value regarding the ongoing infiltration and snooping by the Church and OSA. Just last week we were alerted to yet more attempts by the Church to get certain public to “cough up” information and names of their UTR friends or declared people’s activities. Whereas we cannot with certainty confirm the allegations being made against the people named in this article, we have allowed the publishing thereof as this is not the first time we have received similar reports.
Over to Robert:

How To Spot an OSA Robot

A few months ago I received a Facebook notification saying that Brian Scott-Dawkins was now one of my Facebook friends. I didn’t recall ever having sent him a request but I assumed I must have done so many years ago and that he only now accepted it, possibly due to the fact that he’d started waking up from the spell of the Cof $.

So we started chatting a bit and I referred him to Backincomm.

Shortly thereafter I was impersonated by a cult member via an email account they had created, rob.berrington@gmail.com. Using this address they emailed Scnafrica, fishing for information.

My girlfriend was then sent a crudely “altered” picture of me with (taken from my Facebook page). Obviously this was meant as a veiled threat of some sort.

And then I received an email apparently originating from a friend of mine (we were on staf together) trying to get me to admit to various things. A simple call to my friend verified that the email was a hoax, and thus I verified that yet again someone had “created” a bogus email address looking like it had originated from someone else. Although the IP address had been removed,  I managed to uncover that these emails had been sent by Ciaran Ryan – possibly with some help from his IT-savvy son, Marco.

Steve Moore at some point also left a message for me on Facebook saying “We know what you are doing,” mwahaha!

My point is that some “friend” (read OSA imposter) on my Facebook now had information about myself, my girlfriend, my friends and ex Scientoligists I am still in touch with,  and used this information to bug me and upset the people I love and care for.

I’ve noticed that a good few “Indies” and even declared SPs still have Sea Org members and other well-known Koolaid drinkers as Facebook friends.

What’s up with that? Are you simply obtuse or is there a more sinister reason behind this?

Look, for the love of God, if you are out of the Church or UTR, get these people off your Facebook account and out of your personal lives. These people have no right to your private information, and by staying connected to them, you are endangering the comm lines and privacy of your real friends.

The picture below says it all: 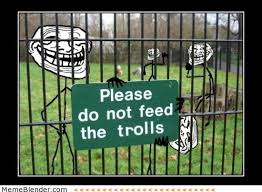 So how do I know that Brian was an imposter?

I’d like to suggest some pointers on how to spot an OSA plant both online and in the real world (and I welcome anyone to add to this list in the comments section):

In closing, this is my message to OSA:

Wake up – it is YOU who are creating your own enemies.

For those of you unfamiliar with Robert Berrington and his story, Tony covered it some time ago in and article which can be read here

56 thoughts on “How to spot an OSA robot”