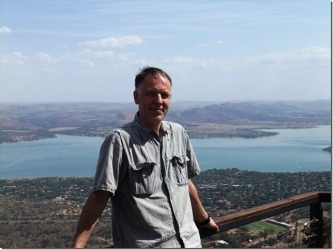 Many thanks to Kent for submitting this data to BIC. Kent is an old-timer Scientologist having served on staff in various orgs (including Joburg) and the Sea Org. Earlier this year he was summoned before a Comm-Ev as a result of having commented openly on the BIC blog among other actions that fall within the ambit of the Creed of the Church.

Interestingly, one of the listed Suppressive Acts is “Pronouncing Scientologists guilty of the practice of standard Scientology”. When you read what Kent has written, it’s clear this is exactly what happened to him. He applied Scientology and got hung for it.

Kent wrote two letters to the Committee giving his viewpoint and stance on the current scene in the Church, and we are publishing them here. Due to their comprehensive nature, the letters are rather long, so be prepared for a lengthy and interesting read as you journey with Kent into the murky waters of  the “Justice protocols of RCS”.

One nice thing about this Blog is the variety of posts and people contributing with articles. It gives a reader many different viewpoints to consider and be aware of.

I have thought of writing something again, but never got around to it. But then I realized I have something written that might be of interest and that is my two responses to the Committee of Evidence held on me earlier this year.

In January this year I was called into HCO at St. Hill and shown a copy of a Bill of Particulars notifying me that I was to be comm-ev’d.

My Scientology history is not full of outrageous violations or suffering. I actually had a pretty good time as a staff and SO member as well as a public when I was on services.  Maybe this has something to do with my outlook on life and refusal to take it too seriously.  And maybe that is a viewpoint worth sharing here too.

Below are two  things I wrote for the comm-ev when I was asked to come in for an interview.  I have decided not to alter them, as most readers here are scientologists and are familiar with these things.

I do not have my notes from reading the Bill of Particulars, so cannot say what every point referred to with a number below, was saying. But it was pretty much the usual stuff from the Ethics Book. Not important really. This took place at Saint Hill Foundation in the UK.

This is my response to the allegations made in the Bill of Particulars for Kent Bengtsson.

There is also the allegation that I “refused a standard ethics handling for the above”.

Isabelle offered me a program that had my name on it. I suspect this had just been slightly altered from being offered or done on others in my situation. Never mind.

What I remember of it there was a lot of references to be studied on Enemy Lines and one more subject that escapes my mind. I could clearly see how this was meant to make me see that I had accepted enemy lines etc. that that this was why I was thinking and doing what I was doing.

(I was asked to come in to answer some additional questions, and then submitted this):

In the second interview I was asked it I would consider doing an ethics handling on this matter, to get back in good standing again. I said that I would be happy to do so when I see that the Church changes back to something I can agree with or want to be part of. But as things stand I am not willing to get handled. I suggest we just go our separate ways for now, and see what the future will bring.

I did not hear anything on this matter for months, and started thinking that maybe they have taken my ‘friendly advice’ and just left me alone. I did not ask for any results.

But in May I think it was, a former twin and friend messaged me telling me he heard I had been declared.  At least he had the decency to let me know, before he disconnected.

I contacted the MAA so I could see the Findings And Recommendations of the Comm-ev, but was told she was no longer my terminal and I had to turn to IJC via the Continental Justice Chief UK.

I have written twice to the CJC with no reply.

Until I have seen the Findings and Recommendations issue, I consider the declare to be a rumour – not fact.

This is not a big deal. I do not have big family uphevals or a Scn business. I have non-scientology friends and interests. The greatest thing is that the phone rings a lot less these days, and I do not mind answering it.

42 thoughts on “Kent Bengtsson – declared by rumour for applying Scientology”